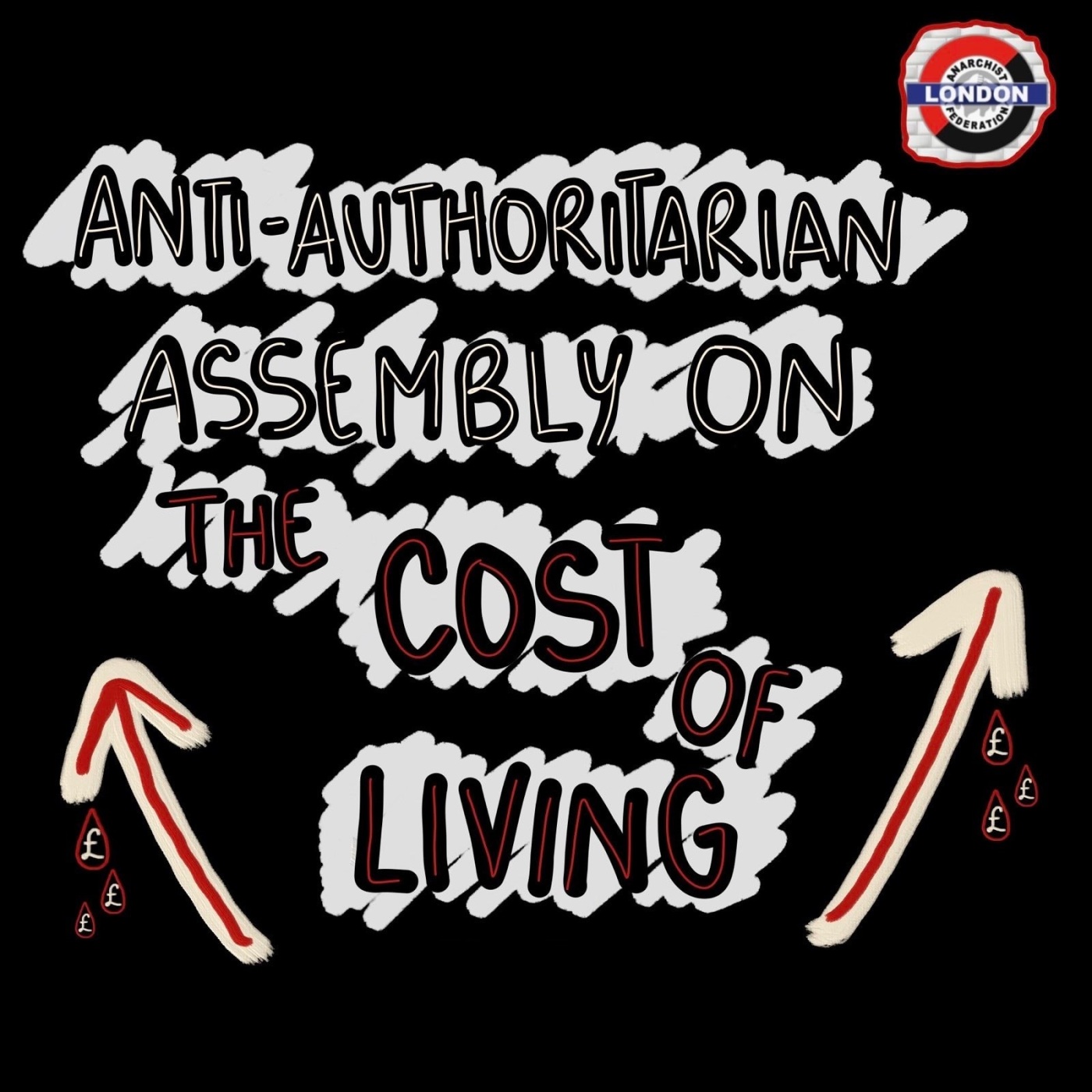 Thank you to everyone who came, some good potential projects came out of the assembly, which we will share further down the line if those involved want us to.

As part of the meeting we did a very short presentation on what was driving the rising cost of living. People showed an interest in the slides from that presentation, so we are putting them up here.

For those not at the assembly some of the points on the slides may not be that clear out of context, but we have a longer essay on the cost of living in the works.

Slide One – Introduction
– Going to have to cover a lot of things in not a lot of time
– Will not be able to cover any one point in a lot of detail
– Some stats may be out of date. Have tried to use government’s own sources whenever possible
– GDP/size of the economy is an imperfect metric, but generally when it shrinks it is the poor that suffer

Slide Three – Causes: Energy Prices
– This month, average household gas + electricity bill went from £1,277 to £1,971
– Another price rise expected in October of around £900
– This will cause knock on price rises
– Retail price rises caused by wholesale gas price rises
– Ultimately this price rise is caused by many different factors

Slide Four – Causes: War
– Russia and Ukraine produce 30% of the worlds export wheat, 20% its export corn, and 80% of its sunflower oil
– Food prices could go up by 15% this year
– Russia is a big producer of fossil fuels
– War has caused volatility in oil prices and other natural resources
– The cost of sanctions on Russia and aid to Ukraine?

Slide Five – Causes: COVID
– Most deaths in Europe outside of Russia – 170,000
– Worst economic decline in Europe, that we have not fully recovered from – Long term loss of 2% of the economy
– The as yet unseen costs of long COVID – Nearly a million people affected
– Government no longer seems to care, could still get worse

Slide Six – Causes: Brexit
– Government’s own prediction that Brexit will be twice as damaging as COVID in the long term – 4% reduction in size of the economy
– Costs of Brexit + COVID mean the government will raise tax, which are predicted to be highest as share of economy since 1950
– Will the state also seek to raise defence spending in light of invasion of Ukraine?

Slide Seven – Costs Will Hit Poorest Hardest
– Averages do not tell the whole story. Some people may still get wage rises above inflation
– But poorest households spend more on food and energy than richer households, and were hit hardest by COVID
– Minorities over-represented among the poorest households

Slide Eight – The Long Crisis: Wages
– The UK economy never truly recovered from 2008 recession
– 2008-2018 was the worst decade of wage growth since the 1860s
– Real wages only just approached pre-recession levels just before COVID
– UK productivity has been stagnant since recession. Profits have had to come at the expense of wages.

Slide Ten – The Long Crisis: Austerity
– State reacted to last economic crisis by slashing benefits and services
– In 2018 £37bn less was spent on welfare than in 2010
– Austerity did not work. 2019 analysis indicated that it reduced GDP by £100bn that year alone
– Austerity killed people. In 2020 life expectancy stalled for first time in a century
– 120,000+ excess deaths?

Slide Eleven – The Long Crisis: Global Warming
– Hard to pin particular events on climate change
– The climate is changing and this will effect food prices directly
– Knock on effects on other industries – Taiwan, producer of 60% of global semi-conductor chips, is having problems producing them due to drought
– Did climate change play a role in the current high energy prices?

Slide Twelve – Conclusions
– The cost of living crisis is being caused by many factors. Some are global, some specific to UK
– It comes on top of more than a decade of austerity and economic weakness
– The state’s pursuit of austerity policies and its approach to COVID indicates that it is perfectly happy to let its subjects die
– We have to rely on our own cooperation to survive this as best we can